Exploring China’s oldest architecture treatise. Written in 1103 AD – a time, like today, of immense growth in both population and prosperity. 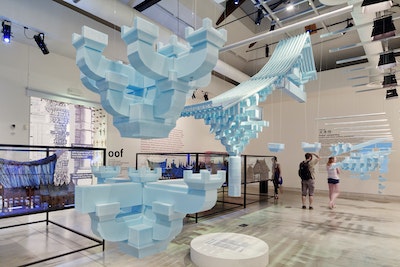 The Roof room ‘Elements of Architecture’ Exhibition by AMO on the Venice Architecture Biennale in 2014. Image by Andrea Sarti

Yingzao Fashi (YZFS), by state building supervisor Li Jie, is the oldest complete architecture treatise found in China. Written in 1103 AD – a time, like today, of immense growth in both population and prosperity – the Yingzhao Fashi offers a complete construction system defined by the state for all types of architecture, at all scales: from imperial palaces to curtain rod and covering detail descriptions, and for all subjects from account­ancy, construction management, responsible material use, and design. To save cost and improve the efficiency it is a nation-wide standardisation campaign which was successfully deployed from the northern plateaus of Siberia to the southern east Asian tropics.

This project is an introduction to the most important part: the Dou-kung bracket system: an elaborated highly precise bracketing system that consists of multiple parts. Built only on pressure it requires ultimate precision and dedication. 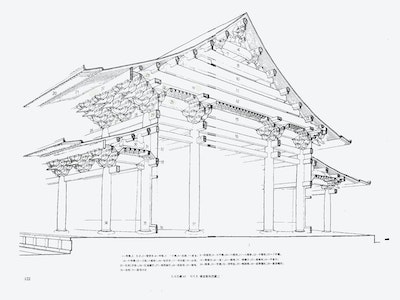 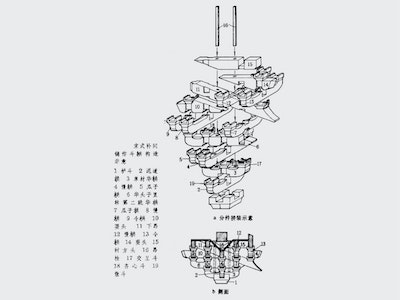 A page from Yingzao Fashi & translation. 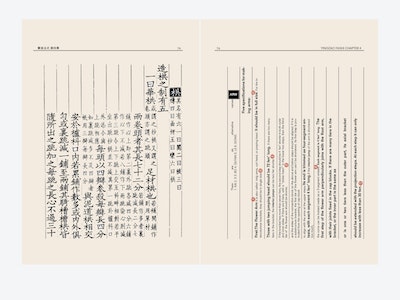 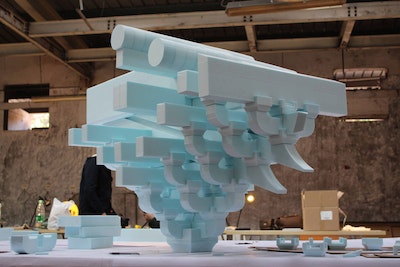 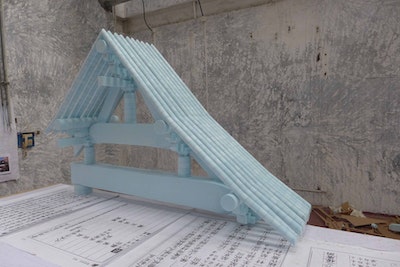 The Yingzao Fashi’s main aim was to curb corruption and improve both efficiency and quality of work. Stipulat­ing simple materials (wood, stone, earth) and a limited number of components – 枓_(dou), 拱_(gong), and 昂_(ang) – the instructions could be deployed throughout the entire empire, in all its climatic zones and seismic conditions. The Yingzhao Fashi’s system was an integral part of Chinese society, which adopted its bureau­cratic rites and rules as a basis for defining its architecture – a free plan embedded with elaborate social, economic, and sustainability strategies. Despite its generic nature, it still contained space for local dialects. It is also the product of a broader cultural renaissance powered by Song Dynastic rule and polymaths like Li Jie, who was also a painter, a writer on topics including art, calligraphy, poetry, and philosophy, and in which a close relationship between botany and building was self-evident. 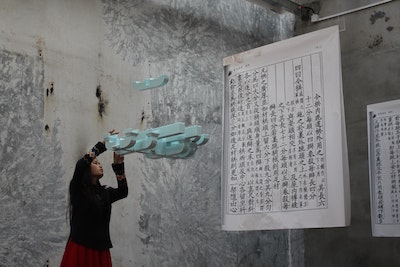 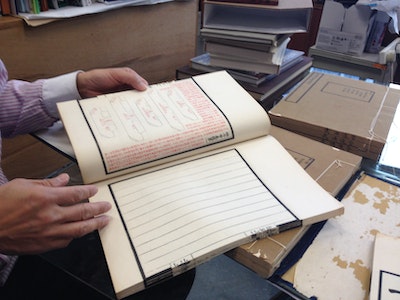 Only rediscovered at the beginning of the 20th century – at almost the exact moment in which concrete and steel would start to replace traditional Chinese architecture – a literal translation of the Yingzao Fashi to a foreign language doesn’t exist to this date. Together with a group of 18 Chinese students and supported by a number of Chinese expert, AMO looked at the text’s central component – the construction of the Chinese roof – and attempted a first translation. Puzzled by the text, we re-prototyped the roof construction using blue foam in two workshops in early 2014 at the Shenzhen & Hong Kong Bi-city Biennale of Urbanism\Architecture.

The result of that workshop has been displayed as part of the Elements of Architecture exhibition in the Central Pavilion on the 14th Venice international Architecture Biennale. 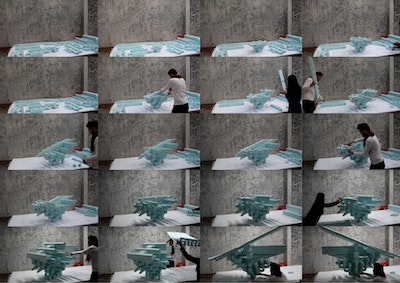 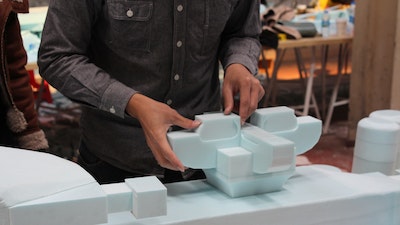 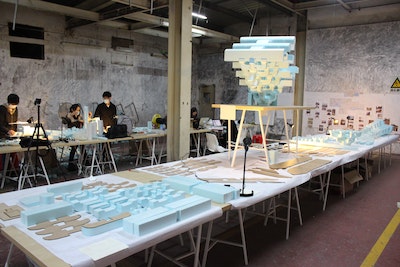 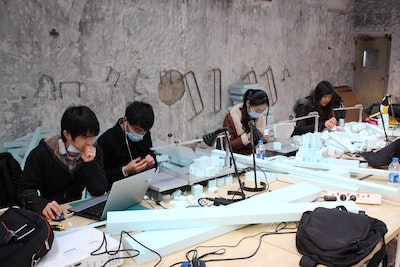 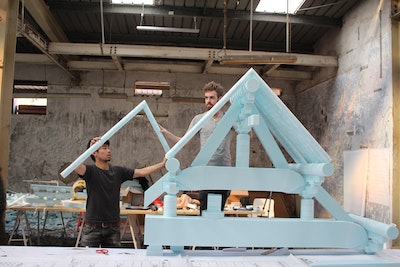 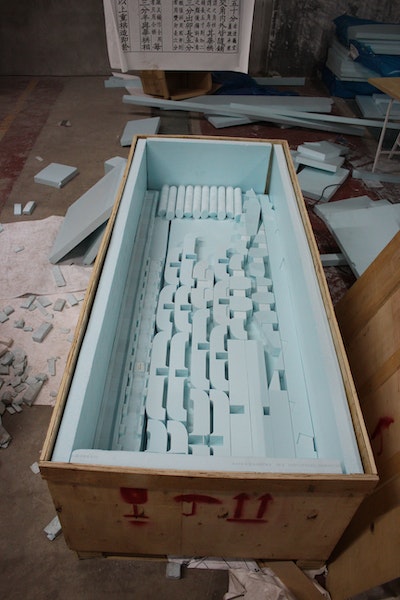 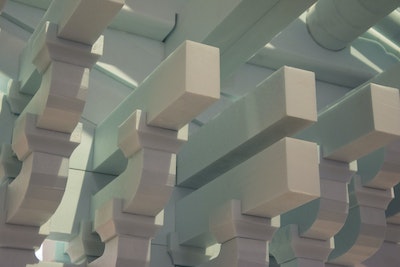 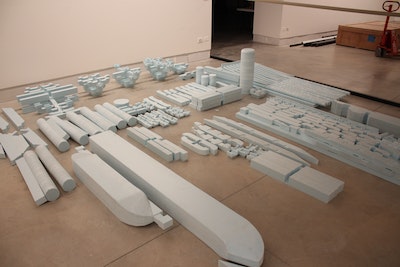 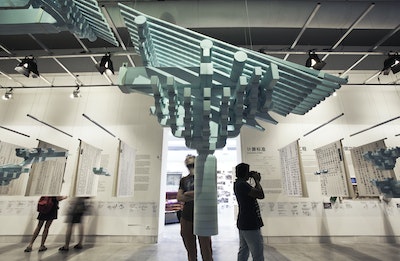 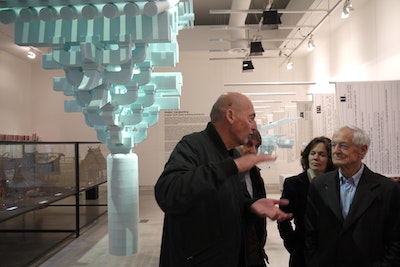 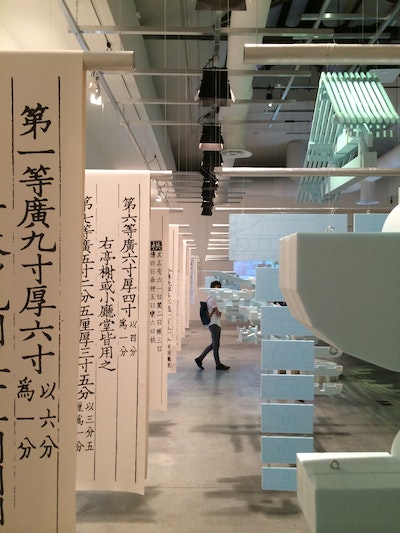 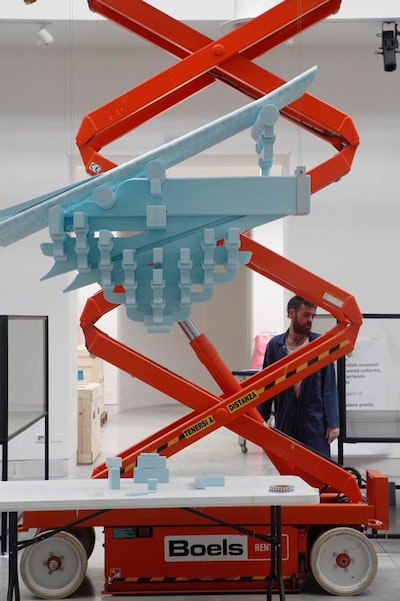 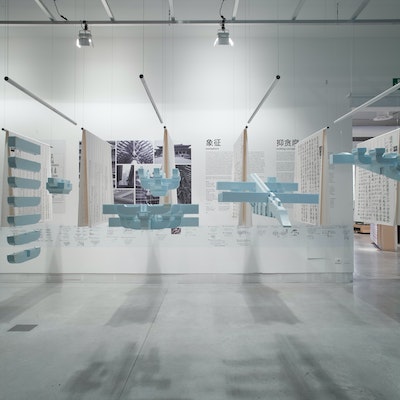 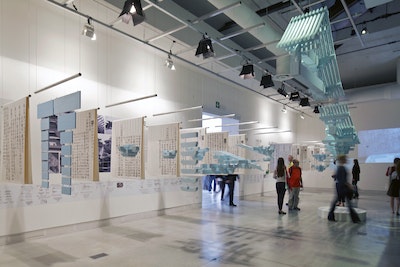