A Guerrilla Intervention in São Paulo 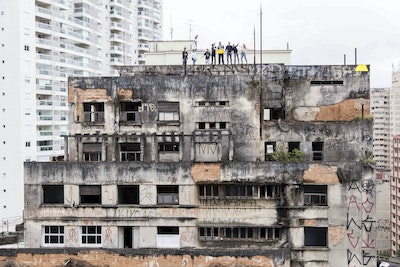 In collaboration with the Bienal de Arquitetura de São Paulo and the Dutch Consulate in São Paulo, The New Institute organized a program with workshops, a seminar and an exhibition around the theme ‘occupancy/appropriation’. As part of this program, Office CCXD, Studio Knol, ZUS & GOAA were invited for a 6-day workshop to create an “assembly” space for the residents of the squatted high-rise known as Ocupação 9 de Julho in São Paulo.

In a short 6-day workshop we intensively collaborated with a movement of former homeless people (MSTC)—now the inhabitants of the Ocupação 9th de Julho. As a combative movement, this group is committed to the many homeless people of São Paulo and the importance for housing opportunities in the city centre. The appropriation of vacant (office) buildings in the prosperous city centre became their most important form of action. The movement jointly renovates the cracked buildings and makes it inhabitable floor by floor.
As a well-organized movement, the MSTC could actually make a difference and occupy a building in the midst of the elite city-centre. After our first meeting with the MSTC it became clear what they wanted the assembly room in the building to be; a place to get together, to inform, to learn, to mourn, to enjoy. A church but also a living room. A space that has the urge to live on, transform and grow. 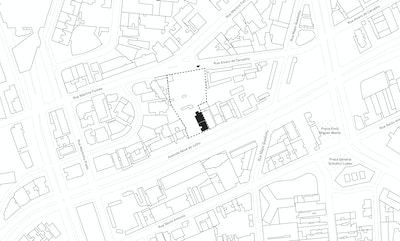 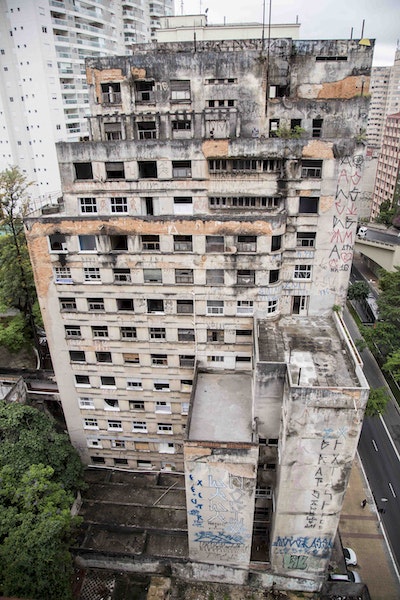 Together with the students of Ecola da Cidade, we designed a single piece of furniture that could only make an impact when produced in large numbers. Combined, these furniture’s (building blocks) could be used asa bench, altar, bar, shelve, table, flowerpot etc. The shape of the furniture was based on the logo of Sao Paulo, but—to make a statement towards the negligence of the Sao Paulo regime—it was cut in half. Within the primitive workshop of the Ocupação, the students, the residents and our team joined forces to mass produce the furniture pieces. 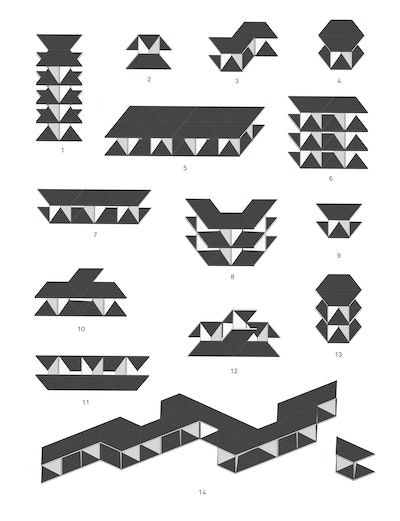 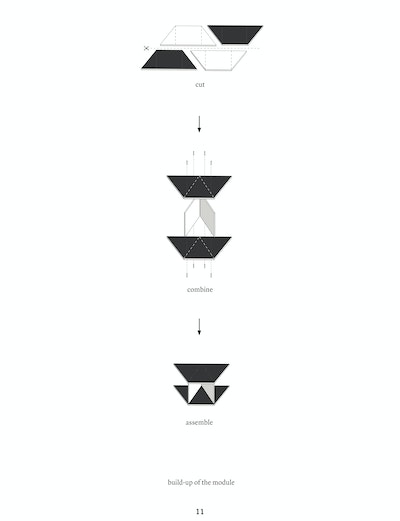 build-up of the module 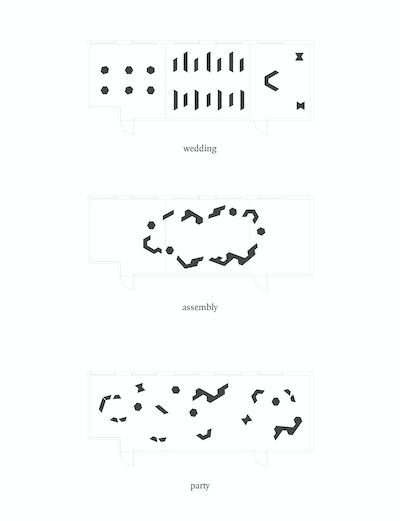 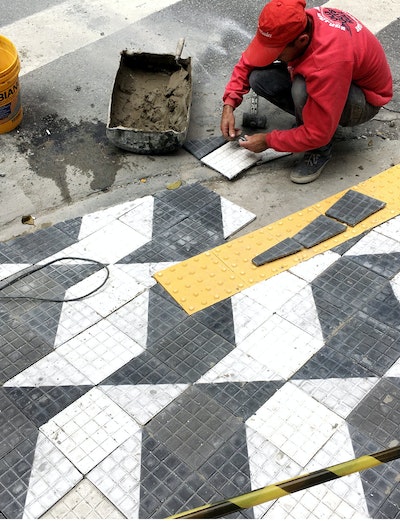 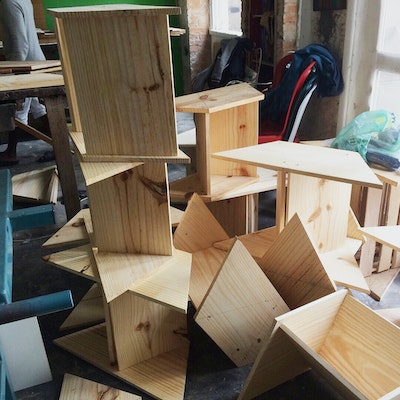 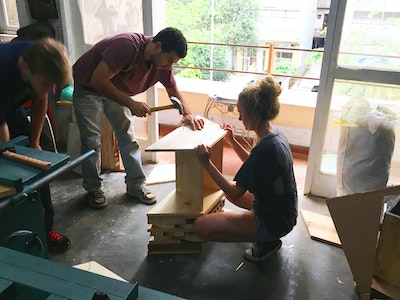 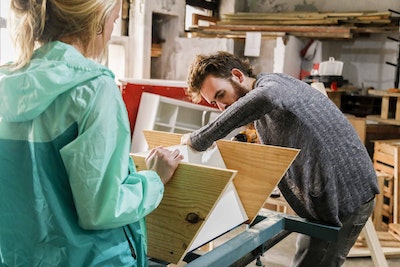 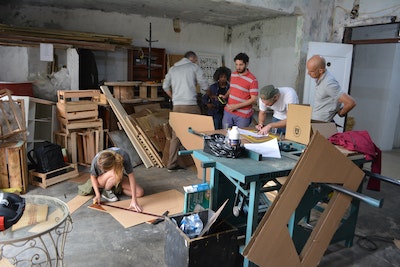 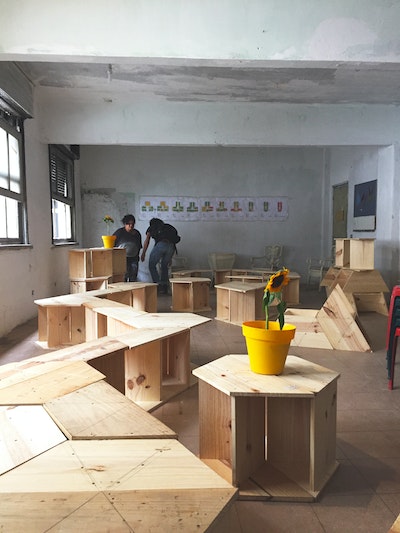 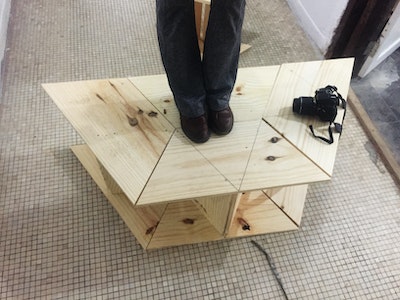 During this production process, it turned out that we developed a logo for the people of the Ocupação. Having access to professional climbing gear & support we extended our intervention and adapted the local tradition of Pixação—a native Brazilian form of graffiti/urban calligraphy—to apply the new logoonto the extraordinary building. The yellow color (road marking paint) was chosen to symbolize the migration from the street into the building. The guerrilla intervention on the façade exhibits their presence in the city and gives them a voice.

Architecture of Appropriation
Appropriating the building 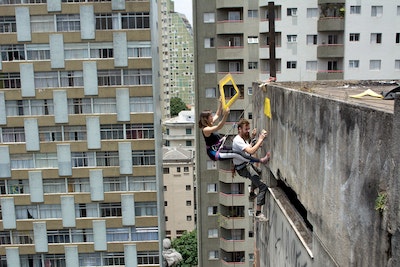 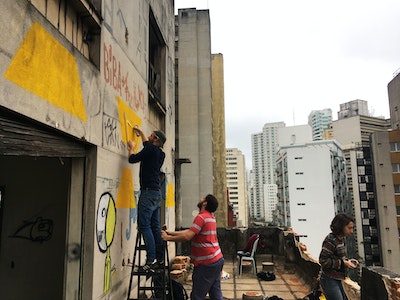 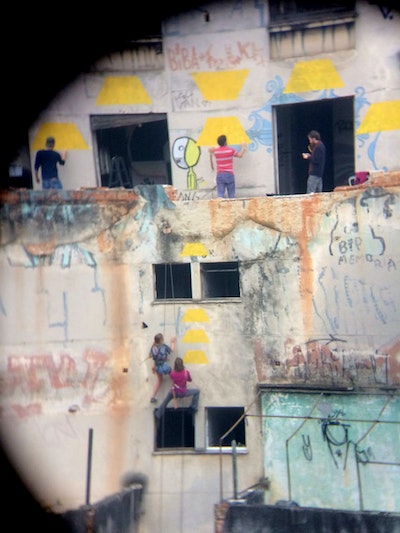 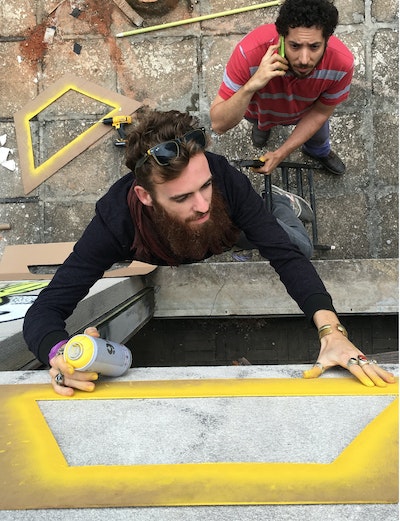 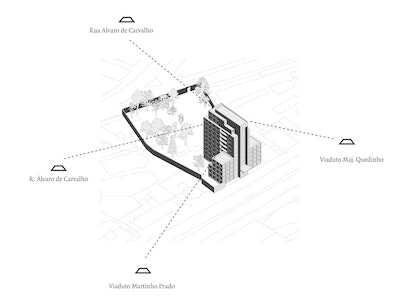 It all came together within the actual assembly space on the 3rd floor of the Ocupação. Using the same yellow road paint, we renovated the space and divided it into three parts, as if making a transversal cut through a church. The flexible furniture pieces provide the residents with a comfortable and functional “space of assembly” where kids and adults can gather for play and conversation. In this short time it was our aim to make a statement, but also to provide a conceptual backbone to expand and build on. 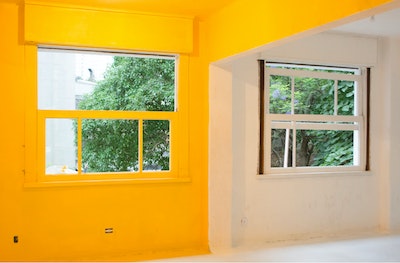 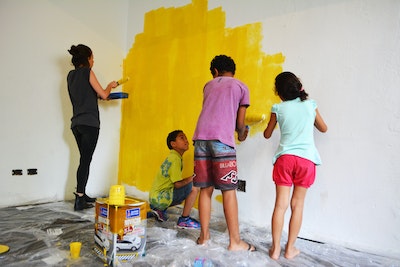 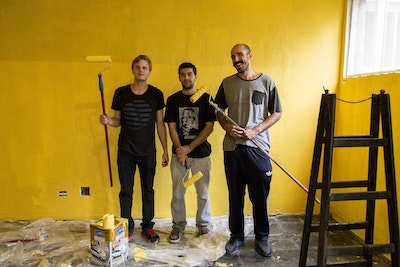 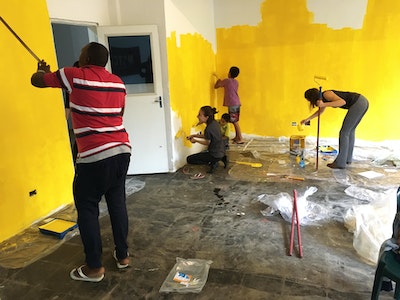 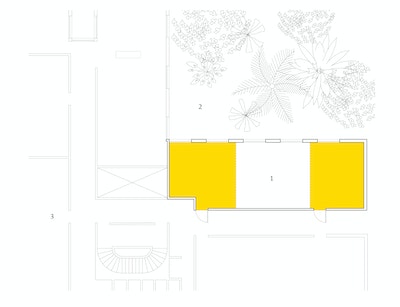 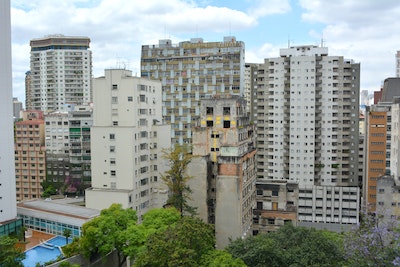 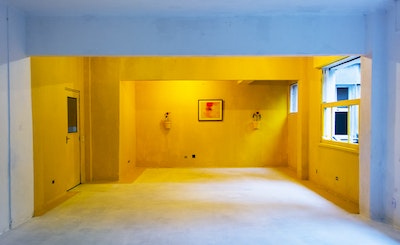 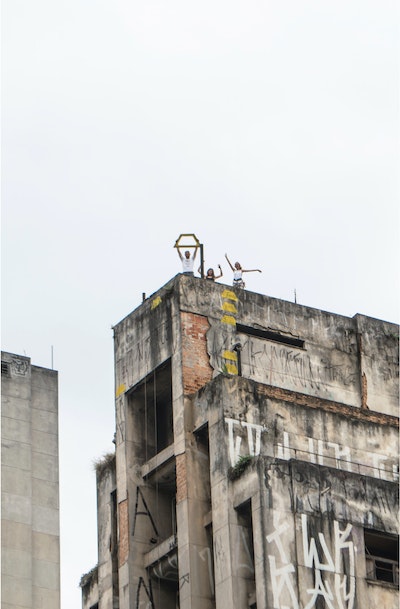 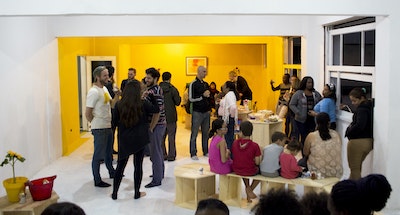 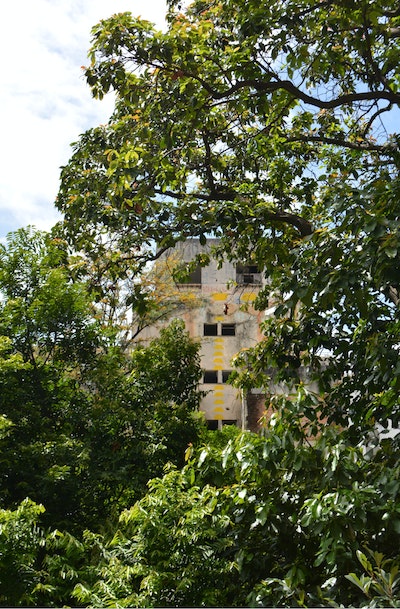 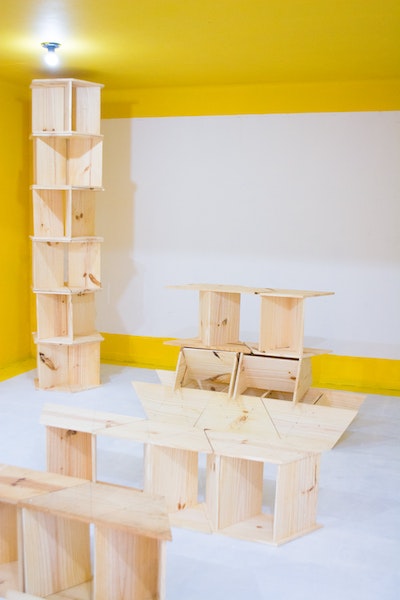 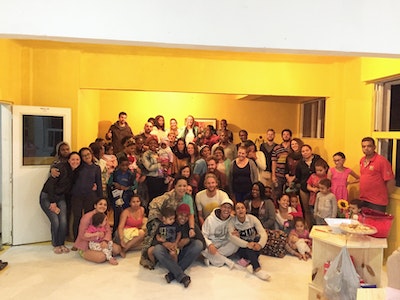